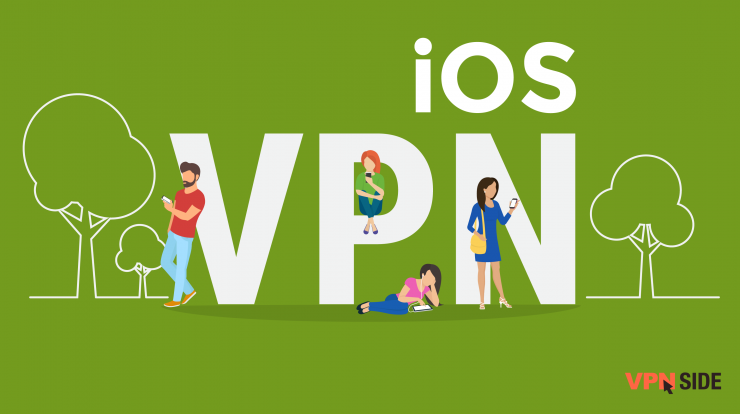 As an iPhone user, you can expect a certain level of trust and security from your devices, but as much you would like to think you’re protected, you’re still no exception to the rules when it comes to your personal information being exposed online. In a time when net neutrality ceases to exist it is more important than ever to protect your internet traffic. If you ever feel like someone’s always watching you, you’re not too far off; it may not be “the creepy neighbor in the bushes,” but someone out there knows your online shopping habits.

Personal privacy, internet security, and even access to restricted sites abroad, are a few of the makings in a solid argument in favor of getting yourself a VPN. VPNs are a great way to hang blackout curtains over your browser history. They make it look like you’re not home to hackers by showing your internet activity come from the address of your VPN provider. Essentially putting up a barrier between you and anyone trying to watch what you’re doing.

You can install and use VPNs on your home desktop, laptop and even use apps on your mobile devices. While using a free VPN is the easiest solution, there remains a chance that your personal information still makes its way into the hands of third parties. So if you’re looking to protect your iPhone or iPad, we have looked into the 7 best VPNs for iOS users to help you find the one that will serve you best. Most of them offer free trials so you can decide to change your mind before committing to spending money.

Our top picks of VPNs for iOS:

ExpressVPN for iOS has an easy-to-use interface that provides express access and automatic reconnection in case you lose service. It does lack a kill switch though, that could leave your information vulnerable in case of disconnection. Having an easy-to-use interface gives new VPN users a smooth introductory experience. With three simple steps to running your VPN for iPhone or iPad you just open the app, log in and connect.

The low down on the 7 best VPNs for iOS

VPNs are becoming more essential to maintain privacy and picking the one that’s right for you puts you closer to securing your online activity. You have practically unlimited options when it comes to iOS friendly VPNs that are easy to use, affordable and secure. Consider what your privacy is worth when deciding on the best iOS VPN for you. If speed is your top priority, ExpressVPN has what you need. If it’s access to top streaming sites all over the world, IPVanish can satisfy your cravings. You can surely find what you need from this list of easy-to-use iOS VPNS. VPNs are safe to use on iPhones and iPads, and are typically just as affordable as an iCloud storage plan.

1 out of 1 found this helpful