If you’ve been following the blog, you know how important it is to have a VPN. There are so many ways that nefarious folk can steal your information. With so many VPN’s out there, the question is which one is right for you. We reviewed Private Internet Access VPN to see.

VPN stands for virtual private network. It’s designed to mask your browsing traffic and identity from anyone who might want to steal your data.

When you connect to the internet without a VPN, the connection is pretty simple. Your data goes out to the internet, and then it comes back. Depending on the encryption protocol your website uses, nefarious people could glean your private information, especially if you’re on public WIFI.

To use a VPN, you start up your VPN’s app on your device. It connects to a VPN server somewhere. The app encrypts your browsing data and sends it to the VPN server. The server sends your traffic out to the internet.

What To Look For In A VPN

When you’re looking for a good VPN, you need to consider a few things. What you want from the service will determine which of these is most important to you.

So, let’s take a look at Private Internet Access to see what they bring to the table.

Let’s get started by looking at their security protocols. Private Internet Access has options for all the big tunnel protocols, including OpenVPN, PPTP or L2TP. The industry standard is OpenVPN, which is known for its speed and security.

Data encryption is how the VPN keeps your data safe when you’re communicating back and forth with the VPN server. Private Internet Access offers two settings for data encryption, AES-128, AES-256, and none.

AES stands for Advanced Encryption Standard, and it’s an industry standard for data encryption. AES-128 and AES-256 offer a tradeoff between security and speed. AES-128 is faster, but it’s also less secure. AES-256 is more secure, but it’s not quite as fast.

No encryption is the fastest option, but it doesn’t protect your data, except for your login details. Even without encryption, your IP address will still be hidden.

Private Internet Access offers three options for data authentication, SHA1, SHA256, and none. Just like with encryption, these three trade speed for security. “None” is the fastest, but it has no authentication security. SHA1 uses 160 bit Secure Hash Algorithm, and it’s faster than SHA256, which is more secure.

If you’re not expecting an active attack, you don’t need to turn on data authentication.

This is a secure way to make sure that you’re actually connecting to the VPN server instead of a website that’s just pretending to be it. To do this, the encryption system uses keys to confirm identity.

Private Internet Access VPN gives you maximum flexibility in your speed vs security continuum. Their many options let you find the right level of security for you.

Private Internet Access VPN claims to have a “no logging” policy. That means that they either don’t track your traffic, or they can’t connect your identity to that traffic. This is really important if your primary purpose for a VPN is to protect your identity from prying eyes.

While many VPN’s claim that they don’t keep logs, it doesn’t always end up that way. When a company gets hauled into court, they always cave if they can.

Take the example of PureVPN. They claimed to have a “no logging” policy, so their users felt like they could be anonymous when using the VPN. When the FBI came by, however, their policy was a shame. They helped the FBI use internet traffic to prosecute someone.

Private Internet Access VPN has a proven track record with their “no logging” policy. When they were hauled into court in a criminal investigation, they proved that there is no way for them to connect your activity with your identity. Their privacy policy leaves you truly anonymous.

Private Internet Access VPN has servers across the globe designed to help you get around blocked content. This VPN has 3307 VPN and Proxy servers in 52 locations across 32 countries.That is a ton of servers, easily enough to get you whatever blocked content you want.

Server location is also important for speed. If you want to optimize the speed of your VPN, closer servers are, all things being equal, faster than servers farther away. If you travel worldwide, a long list of servers will help you get the fastest VPN connection.

Speaking of server speed, every server in their network has a Gigabit access speed to the internet. While that’s faster than most home internet connections, it still might not give you maximum speed if it’s clogged with traffic.

Private Internet Access lets you look at traffic and test server speed on their website. As you can see in the graphic, the site shows how many connections are going to which servers in which country.

If you click on the country, you can speed test a particular server. It’s a great tool to help you find the fastest server in the region you want. We tested this one using a 100mbps upload/download connection and got the above results.

Server location is also important for speed. If you want to optimize the speed of your VPN, closer servers are, all things being equal, faster than servers farther away. If you travel worldwide, a long list of servers will help you get the fastest VPN connection.

You’ll see that number reflected in the “ping” speed when you test a server through PIA’s website. Ping is the amount of time it takes to get a response from the server. So, the farther away a server is, the longer it will take to ping. 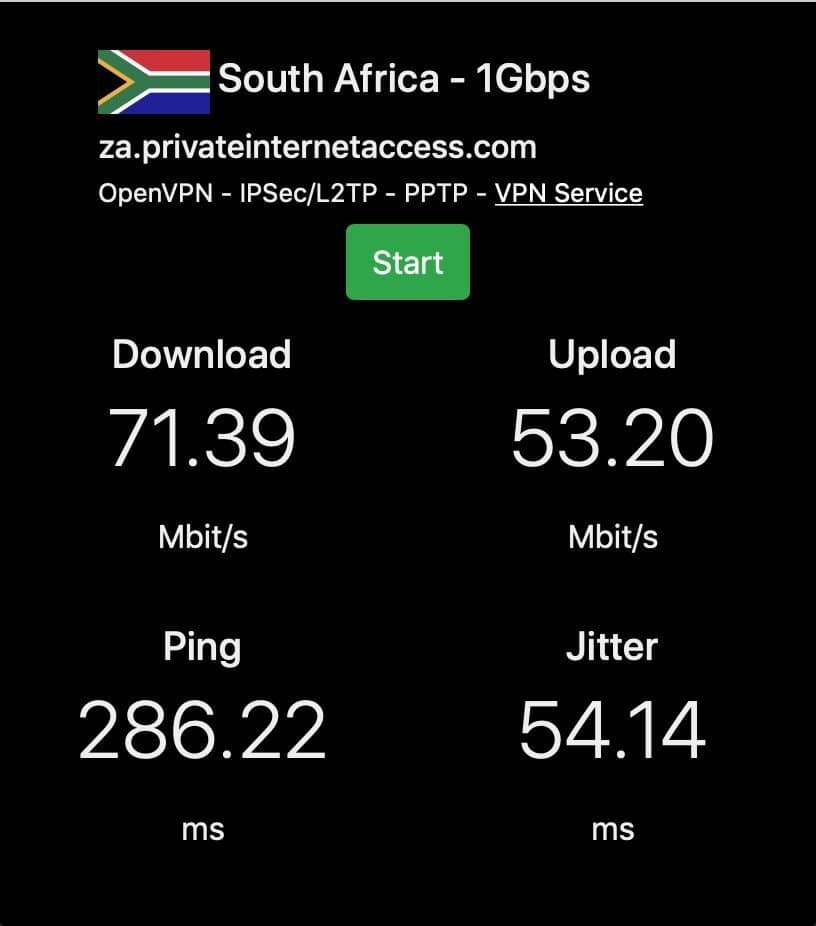 We tested the service in South Africa and got a ping of 286.22 ms. The Chicago server, the city where I’m located, had a ping of only 8.7ms. If you need the fastest speeds and response times, you’ll need a service that has servers wherever you are, wherever you travel.

Private Internet Access’s thousands of servers offer locations around the world. If you travel internationally, you’ll have access to a nearby server wherever you go, taking advantage of the speeds

All of Private Internet Access VPN’s servers support torrenting and streaming. Users report that torrenting support is fantastic. They report that speeds are always good and that they don’t get disconnected.

Private Internet Access VPN also integrates a kill switch into their service. A kill switch is a setting that stops your internet connection if the VPN connection goes down.

Without a kill switch, if the VPN connection goes down, you’d switch to your regular connection. The kill switch prevents that so you never leak your IP address.

Private Internet Access VPN supports up to 10 devices on a single account. So, you can use your laptop, phone, or tablet and still have 7 devices left to go on the account.

The service offers support for three operating systems: Mac, Windows, and Linus. It also has an app for both iOS and Android. It also has extensions for 3 major browsers, Chrome, Firefox, and Opera, if you just want browser support.

Private Internet Access is a paid VPN service, and they don’t offer a free trial or a free version like some VPN’s do. You can’t test their service before buying in, though they do have a 7 day money back guarantee.

Why Use A Paid VPN

There are a ton of free VPN services out there. So the question is this: “Why should I use a paid VPN when I can get the same thing for free?”

Well, you can’t. Free VPN services always have a catch. Every free VPN offers limited service of some sort with a free account.

Several of the free services use server limits to drive you to their paid service. They give their free service users access to only a fraction of their servers in just a couple countries. If you really want to have flexibility to use servers around the world, you need to go with a paid service like Private Internet Access VPN.

Some of the free services sell your data to online advertizers to make some revenue off their free users. Hotspot Shield is one of the many free VPN’s that are ad supported. Since privacy is one of the chief reasons for using a VPN, using an ad-supported service doesn’t make much sense.

So, when you’re looking for a service, even a free service, read their policies carefully so you know what you’re getting into.

Private Internet Access doesn’t ever sell your data, so you know you have the privacy you want form a VPN you can trust.

The most frequent limit that free VPN’s have is a data cap. Some free services are as low as 500MB a month while others go as high as 2GB a month. There are a few that don’t have a data limit, though.

When you use Private Internet Access, you won’t have any data limits like that. Your subscription supports their network, so you can surf, stream, and torrent to your heart’s content.

Many free services don’t allow you to torrent or stream without upgrading to the premium service. Private Internet Access doesn’t limit how you stream or torrent, giving you more flexibility.

Paid VPN services don’t have all the disadvantages of a free VPN. They won’t have data caps, bandwidth limits, or limit the number of servers you can use.They typically support more devices on more servers around the world.

If you’re more than just a casual VPN user, paid VPN services are the way to go. They’re easy, and they work fast and well.

Paid VPN services don’t have all the disadvantages of a free VPN. They won’t have data caps, bandwidth limits, or limit the number of servers you can use. They typically support more devices on more servers around the world.

If you’re more than just a casual VPN user, paid VPN services are the way to go. They’re easy, and they work fast and well.

Kill switches aren’t really a competitive advantage for PIA, though. A kill switch is a basic feature that most VPN’s offer, because a VPN is useless if it accidently sends out your unprotected data into the world.

Private Internet Access VPN is a top-notch paid VPN service. They are easy enough to use for a beginner, but they also offer a ton of customizable features for the tech guy. With an array of encryption settings, you can balance security and speed so it’s just right for you.

They also offer top-notch speed and support for torrenting and streaming.

On top of all that, Private Internet Access VPN is one of the most affordable paid VPN services on the market. Their monthly plan, $6.95 a month, is lower than their biggest competition by a few dollars a month. If you subscribe on their yearly plan, it goes down to $3.33 a month.

5 out of 5 found this helpful 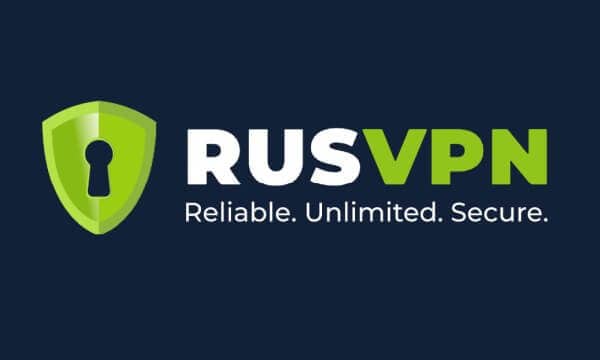 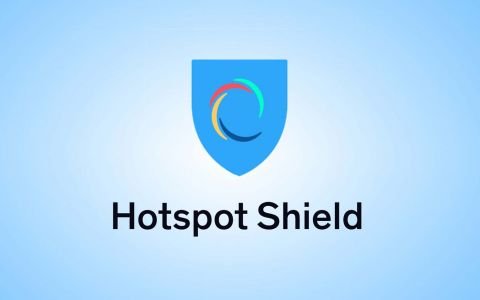